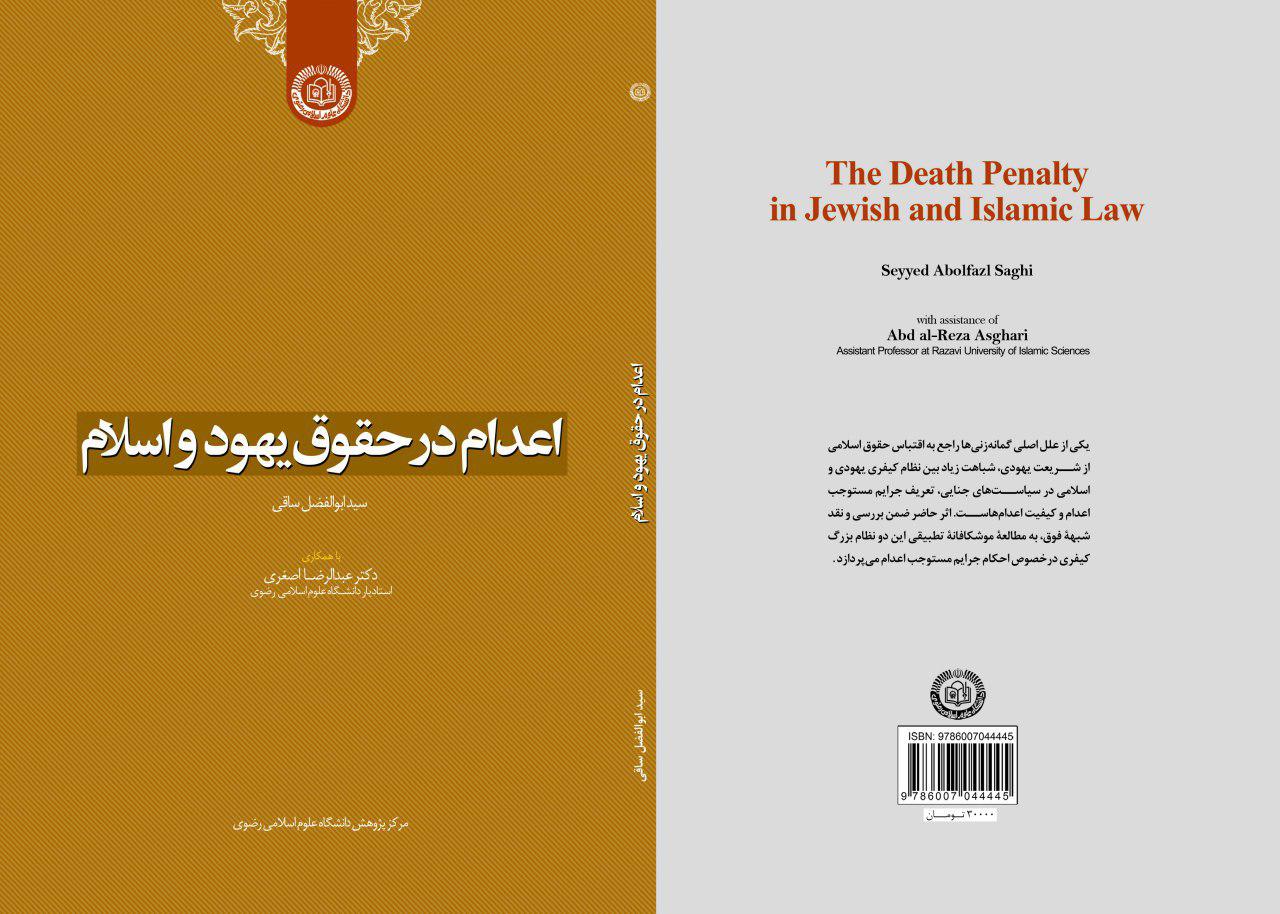 For judgment about it, the two major systems must be studied in a comparative manner in criminal penalties. Comparative studies in these two religions show In general, Islam endorses Judaism in many execution laws, and in many other executions, such as animal executions, rude juvenile executions, and non-Jewish executions, it is completely against the Jewish law.

In fact, Islamic law does not merely establish a system independent of Jewish law but merely reform it. These Islamic reforms to Jewish law are often in the details, and have usually lowered the penalties. A comparative study of "Executions in Jewish and Islamic Law" yields new and interesting findings from both religions that may not have been explored by scholars of both religions.

The present book studies the foundations and criminal purposes of the Jewish and Islamic law for the death penalty, by using the Torah and the Talmud, and Islamic sources, including the Qur'an and Jawaher al-Kalam.

Stoning in judaism and Islam

Why Islam similar to Judaism

Why is this post in English While the book is in Persian?